Halloween is a holiday observed on October 31 each year, and Halloween 2022 will take place on Sunday. The practice dates all the way back to the ancient Celtic holiday of Samhain, during which people lit bonfires and dressed up in costumes to fend off ghosts. Pope Gregory III established November 1 as a day to celebrate all saints in the ninth century. Soon after, All Saints Day acquired some Samhain traditions. All Hallows Eve, and later Halloween, were the preceding evenings. Halloween has developed into a day filled with activities such as trick-or-treating, pumpkin carving, celebratory parties, dressing up in costumes, and eating candy.

Halloween is primarily a kid's event, but many adults dress up as their favorite TV characters or superheroes for the occasion. We've got everything from Where's Wally to The Hobbit to keep the kids entertained. There are even historical Renaissance costumes as well as horrific classical costumes like werewolves! Renaissance costumes in historical forms are available. It all comes down to your child's interests. Therefore we've compiled a list of top Halloween costumes to assist you in making the right choice for your little one.

Dressing up children plays a great role in their growth. Children make up situations and scenes, and they act out social functions. They can experiment with new ideas and behaviors in a safe environment. Dressing up fosters creativity and communication abilities. It also aids in the development of children's language skills and social skills.

When it's time to help your son choose a Kid's Halloween costume, you might be astonished by the number of alternatives available! To say that costumes for children have evolved is an understatement. With so many unique characters and themes to choose from, the process can be a bit intimidating. Is there a boys' scary Halloween costume out there that's going to be perfect for him? Even though it's an essential question, we don't recommend stressing over it because we're ready and willing to assist!

The action-packed Avengers films are always a hit with boys as well. All superhero costumes are popular choices, but Iron Man and Captain America are two of the most well-known heroes from the team's storied history. Whether your youngster wants to be Captain America or Iron Man from the Avengers: Infinity War, you can help them feel like a superhero. There are many other famous characters, ranging from Marvel characters to spiderman, superman and Batman etc. On this night, the moon is fully illuminated. As the gloom of the moon grows, so does the haze. On this scary Halloween night, you may hear a piercing howl throughout the neighborhood. Halloween isn't complete without wearing a werewolf costume. Even though there are many extremely frightening werewolf costumes available, werewolf costumes for children and babies are a great way to keep things light-hearted around Halloween at a reasonable price. 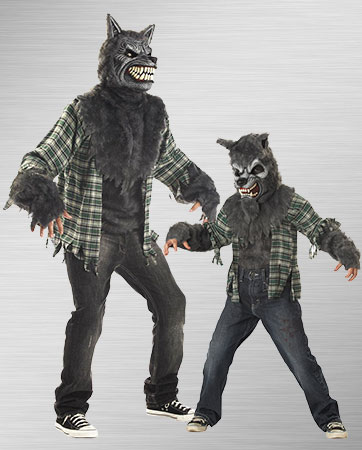 Halloween serves as a comparable turning moment in many of Harry Potter's experiences. And it's not just for the pumpkin juice and cauldron cakes. Something frequently occurs on Halloween that has a profound effect on the remainder of the school year at Hogwarts School of Witchcraft and Wizardry.

Have you got the acceptance letter from Hogwarts but haven't got your outfit ready? You can check out UK clothing brands that offer cool Harry Potter costumes in all houses that including Gryffindor. Ravenclaw, Hufflepuff, and Slytherin.

So, grab your Harry Potter wands and chant Expecto Patronum! Check out exclusive offers on Next and eBay. 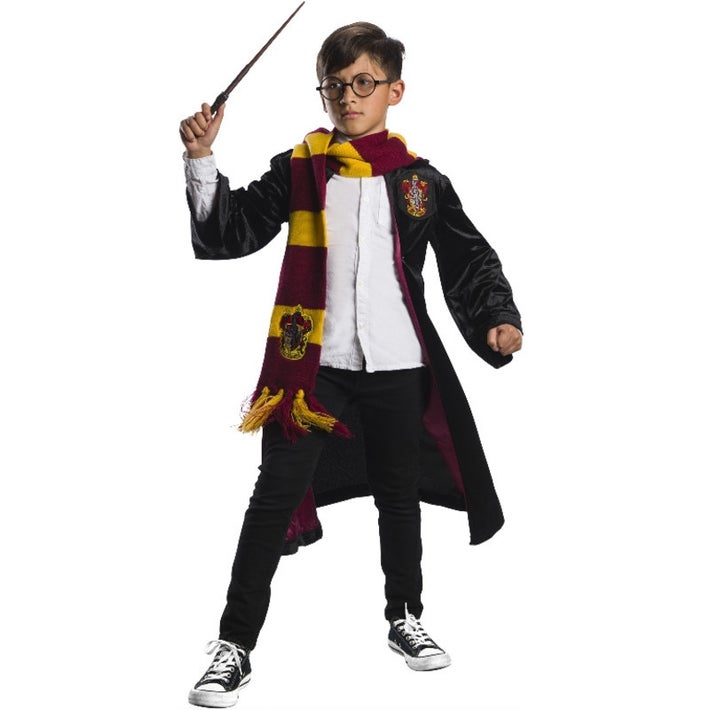 Trick-or-treating on Halloween is dominated by ghosts, ghouls, and grim reapers, so why not give your kid the job of soul-stealing? Some brands are offering the classic Grim Reaper costume for youngsters with our Soul Taker outfit. One-piece outfit with printed souls on the robe that features thin white mesh overlay for creepy atmosphere. For this reason, it's an excellent pick for a spooky Halloween party!

Other than that, there are many kinds of Ghost costumes that we have enlisted below: 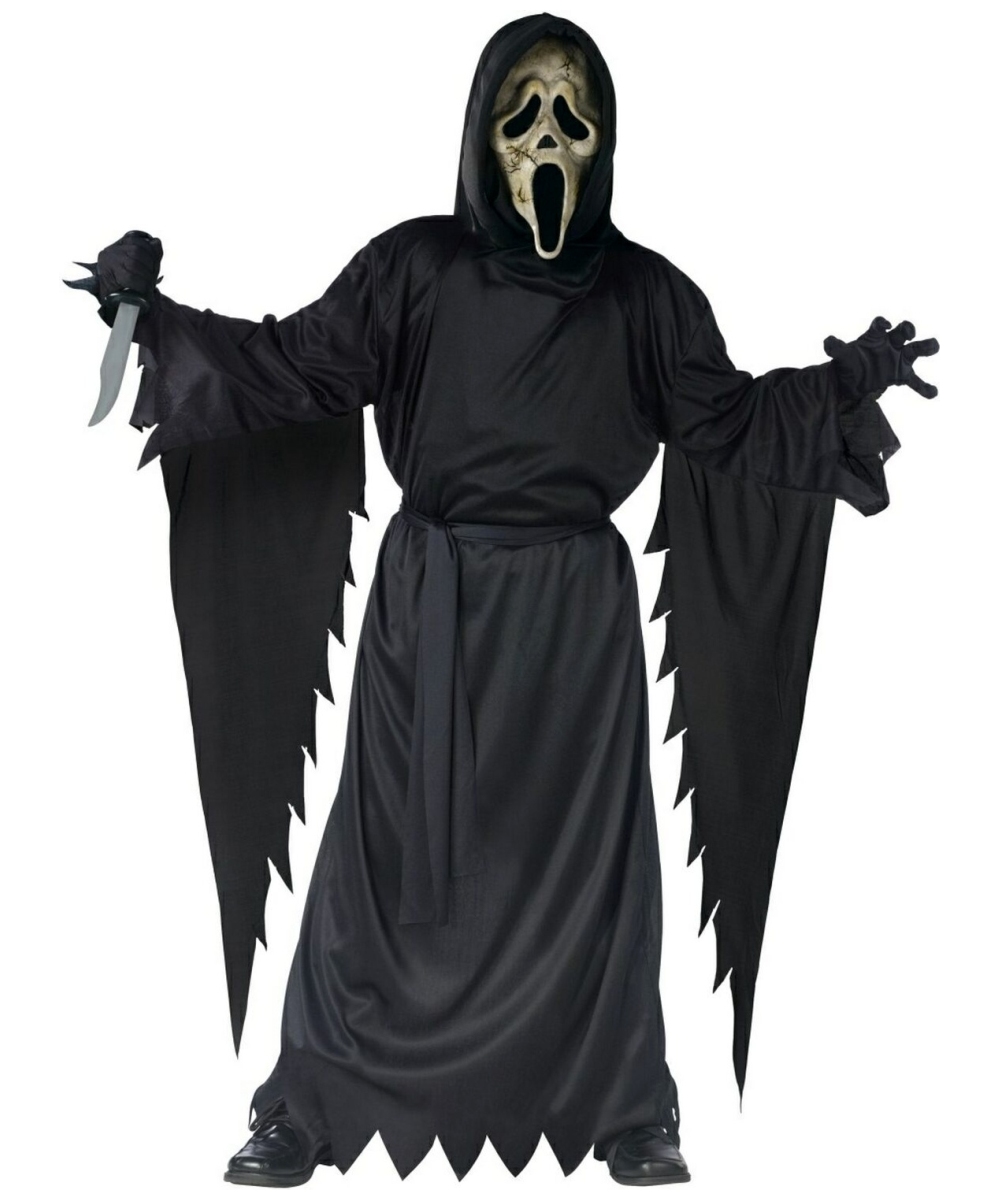 There have been various accounts about Jack becoming the crazy villain. Therefore, no matter how Joker is, witnessing him tormenting Batman is always a pleasant sight. That's why we are showcasing varieties of Joker Costume for kids along with ideas to construct one. We have gathered most of the popular Joker Merchandise and Kids Halloween Costumes altogether to provide a terrific guide. From Joaquin Phoenix, Heath Ledger to Arkham Series, you will find everything here. 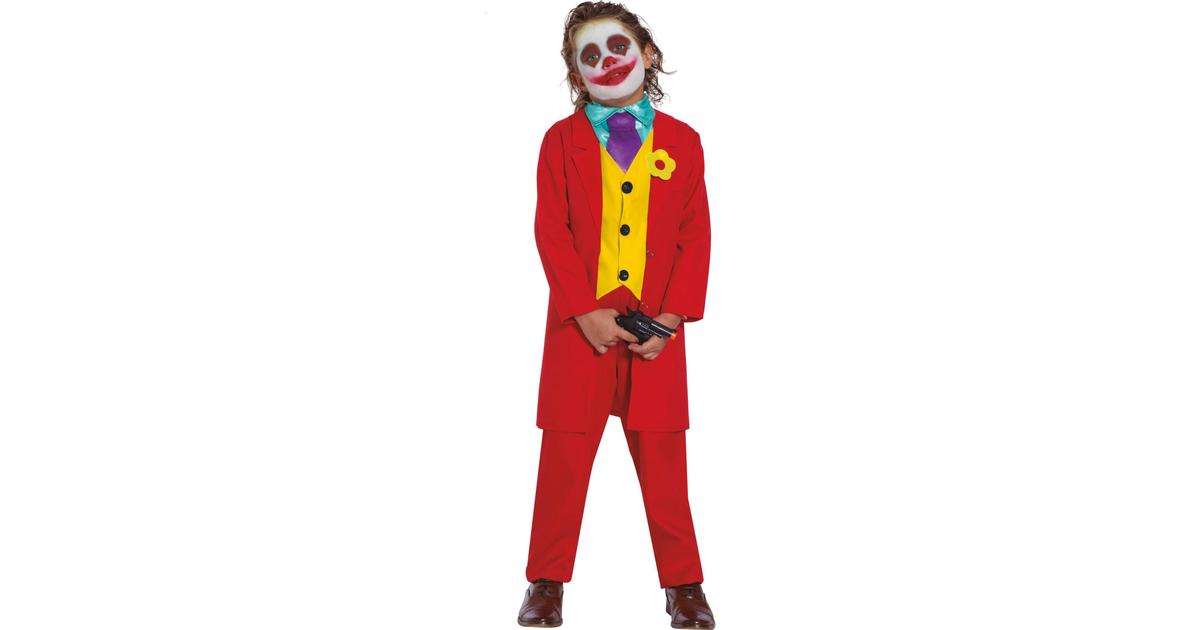 the Salvador Dali masks and iconic red jumpsuits from the Netflix Spanish criminal thriller Money Heist have been among the most popular outfits during these COVID times. It has been one of the most-watched Netflix shows around the world. The characters' eye-catching costumes include red jumpsuits and Salvador Dali masks, which have been a trending outfit among kids, boys baby, and adults.

Try out these kids' Halloween costumes this Halloween with your group of friends. You can find these costumes on wish along with amazing discount codes. 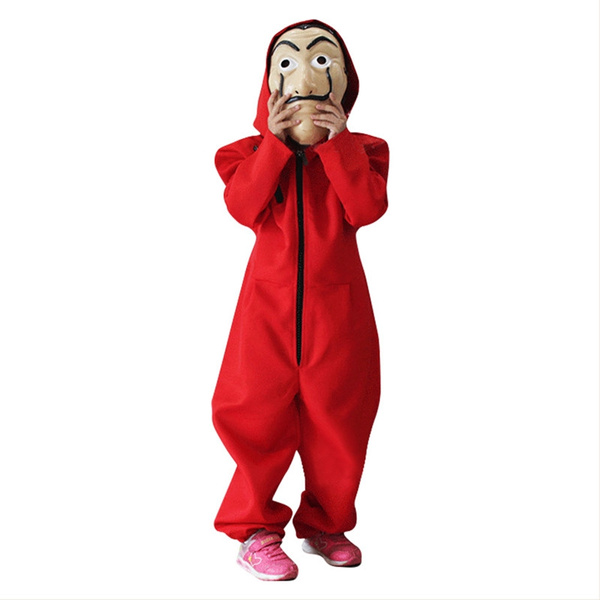 Star Wars' original antagonist is a terrifying figure. Everything about him is perfect, from his sinister breathing to his dread armor to the deep-roiling sound of his Star Wars ship. If your child is a formidable opponent, you may want to consider dressing and equipping him like the ultimate bad guy. To take over the galaxy, all you need is this Darth Vader costume. 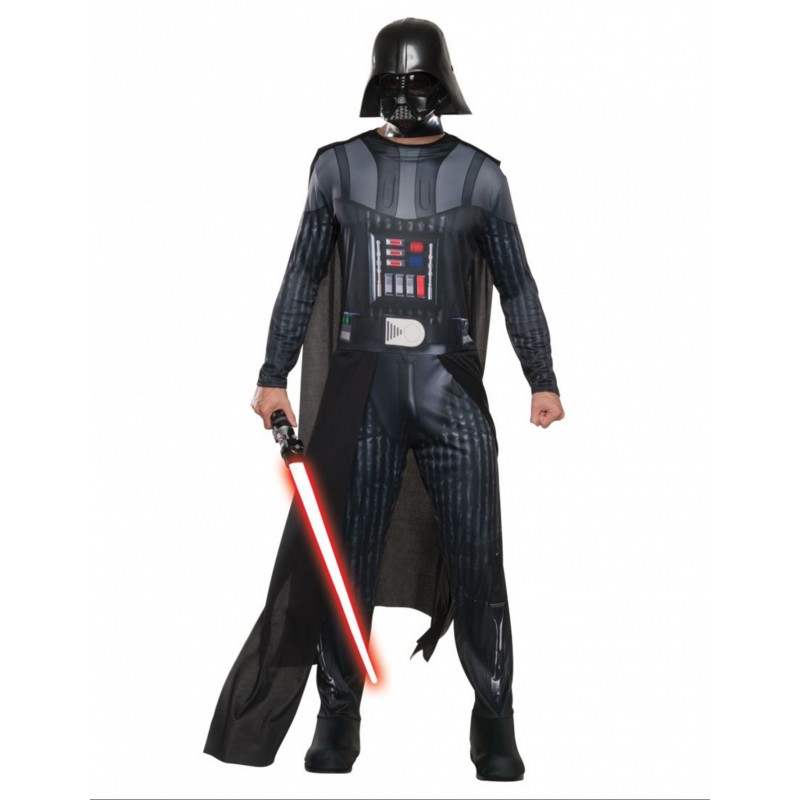 A girl's options are nearly limitless, ranging from superheroes to classic movie characters like princesses and barbies, where she can choose either a male or female role. Your girl's personality will be perfect with this outfit! How does she manage to be so good at her job? Is it true that she's capable of evil deeds on occasion? We've compiled a list of the best fancy dress as well as amazing Halloween costumes for girls.

Witches costumes are a traditional choice for Halloween, and many online stores like eBay and Amazon have a wide variety of styles to select from online stores. Hence, you're sure to discover the perfect witches' costume. We have a wide selection of witches gowns for women and kids, including fancy dress range, from kids to teen and plus-sized women costumes that are sure to scare. Whether you're dressing as a witch for a Halloween party, we have you covered. With these varieties of witch fancy dress dresses, you can truly light up the room. Add the finishing touches to your look with witches' wigs, makeup, or a broomstick. All that's left is for you to fine-tune your spells. 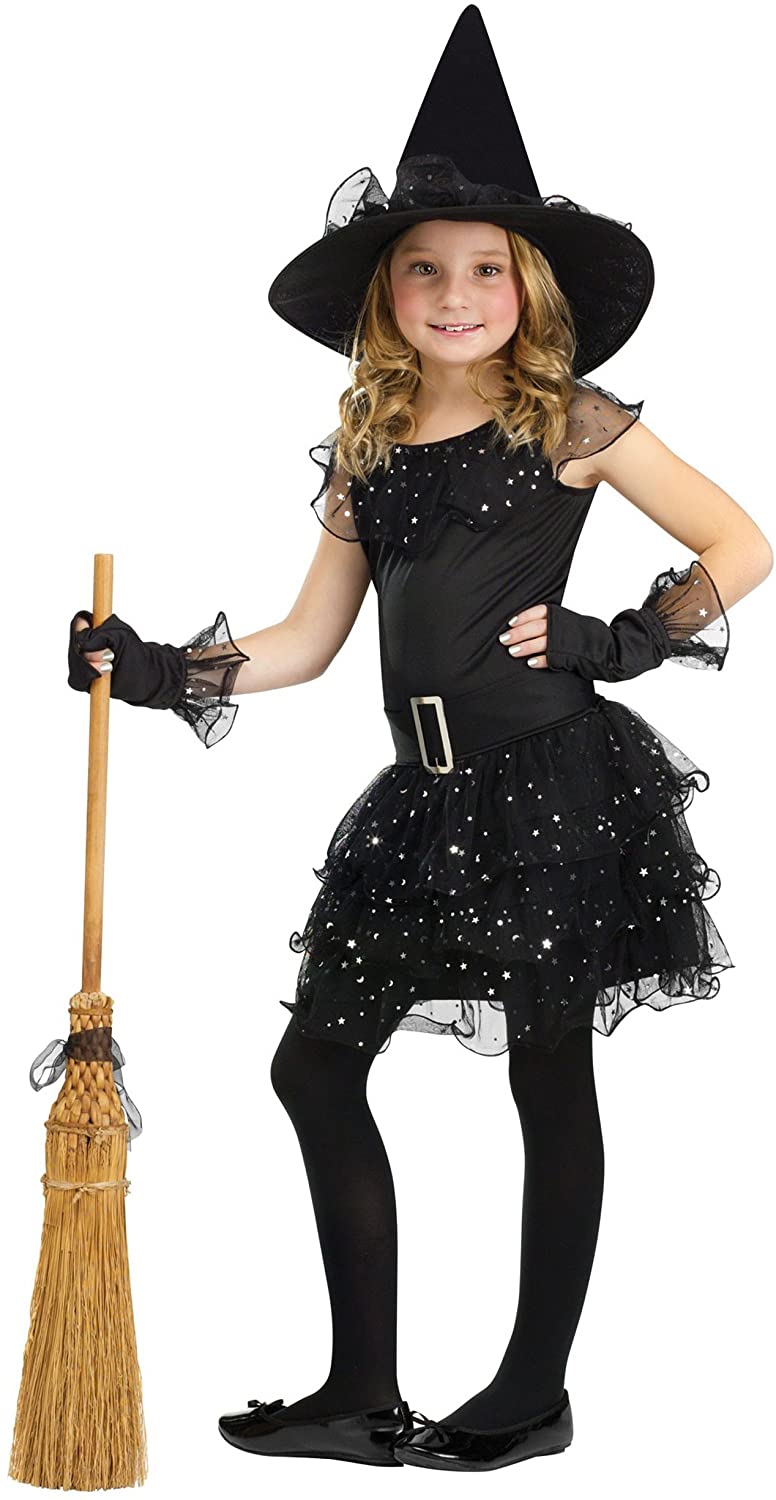 Red riding hood is one of the most popular old folk stories that every age group knows. Does your kid want to live into the story? You can check out the unique Red Riding Hood Halloween costume on many online stores, including Amazon and Charles Bentley The fascinating thing is, this costume is not only loved by kids but also by adults. So, the brands are also offering costumes for adults of all sizes. 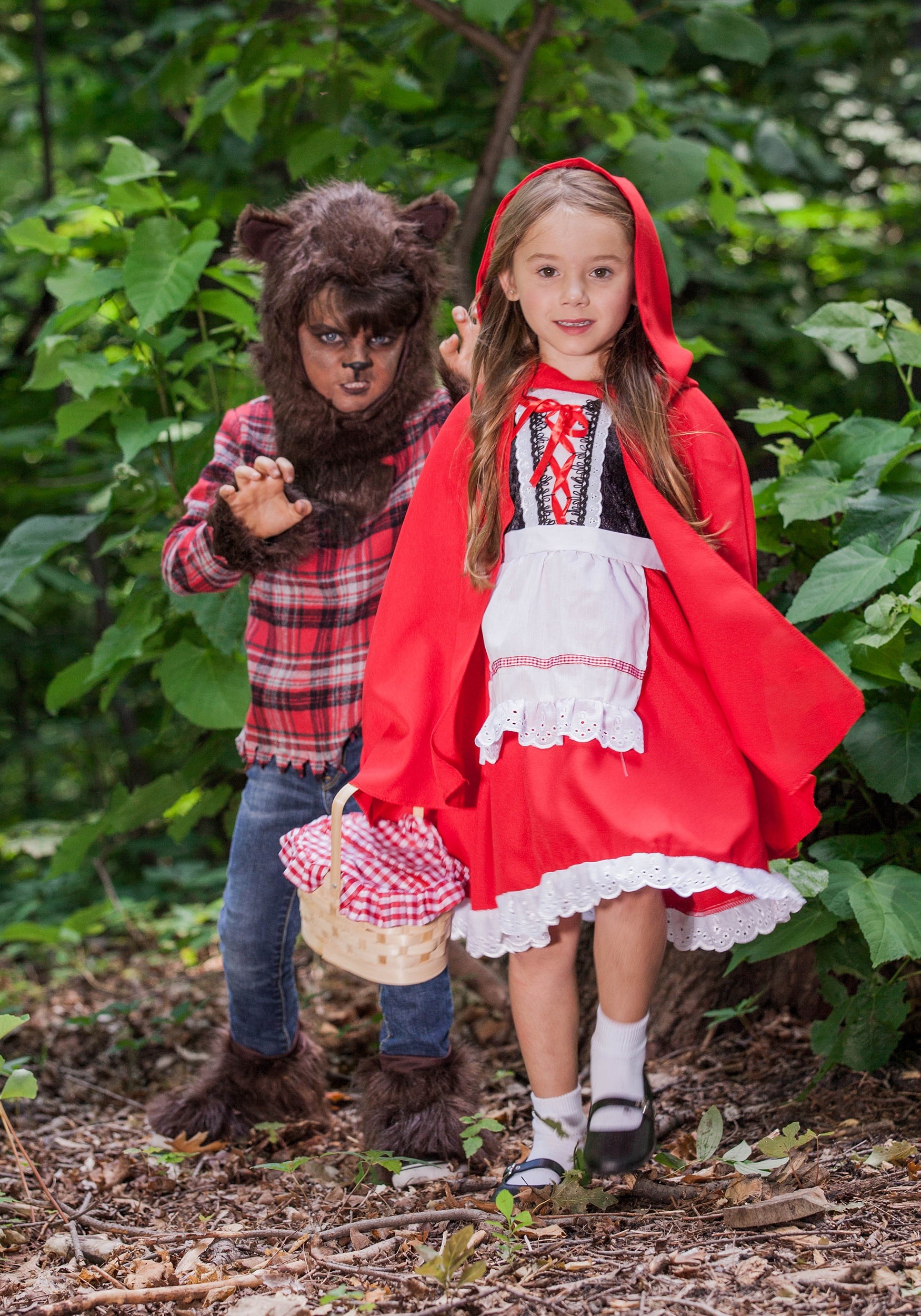 Every girl's dream is to become a Disney princess. Whether it is Cinderella, Ariel or those famous frozen characters Elsa and Anna or the tangled Rapunzel. You can fulfill your Disney princess moment this Halloween wearing these fancy dresses. Check out the plethora of clothing brands that offer a wide range of Disney costumes for kids and adults at reasonable prices. 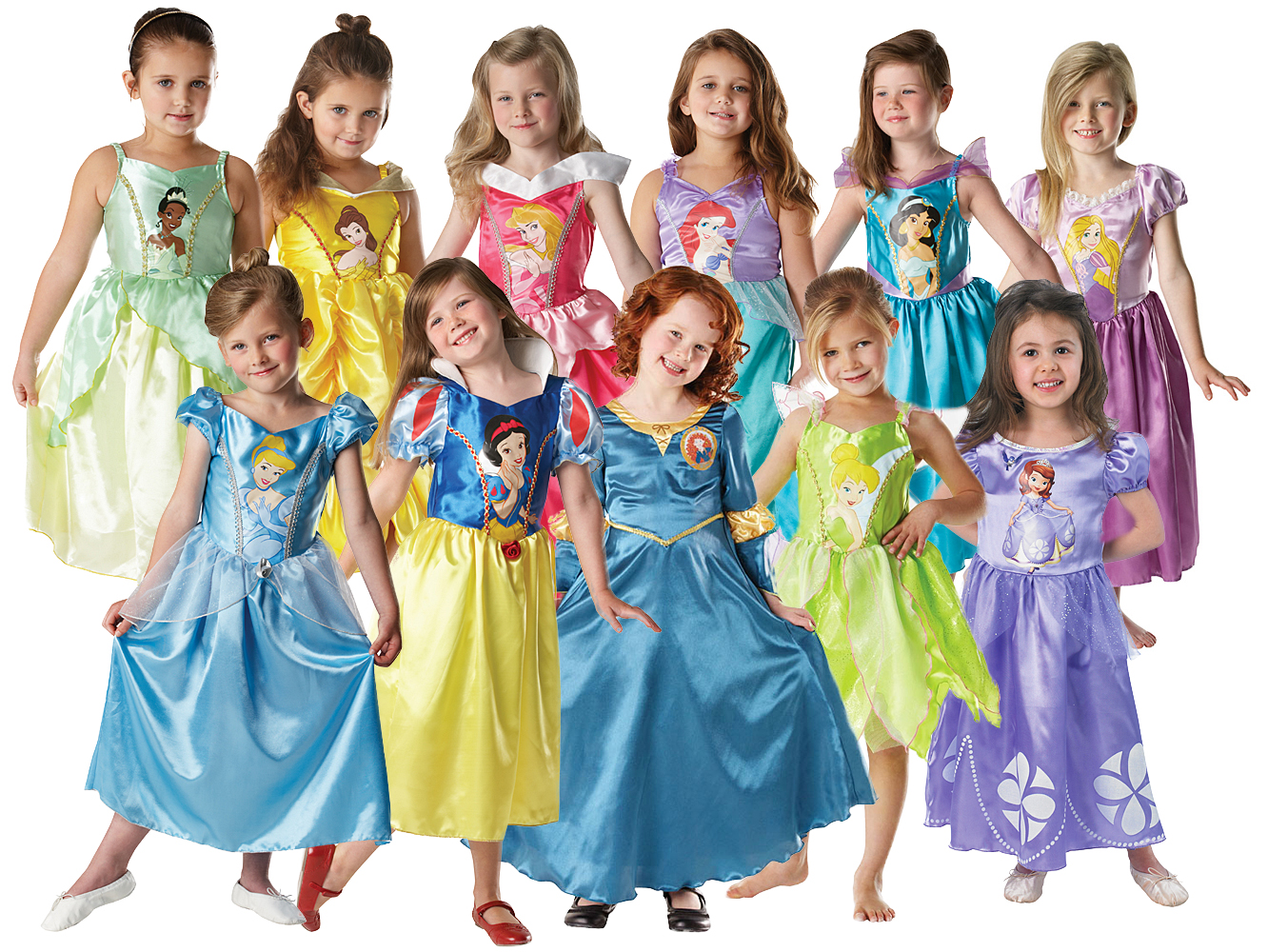 In just four days after its release, Squid Game became Netflix's first No. 1 Korean drama, marking its most successful series launch to date. Even though it's graphic and violent, the show is very addictive and easy to finish in one sitting.

Because of this, you're likely to see the characters in their Halloween costumes at parties and gatherings into late October. The good thing is that Squid Game character outfits aren't challenging to make. Even if you don't have the time to put your own together, online shops sell fully assembled models for girls boys, ranging from kids to adults. You can also buy costumes for baby girls and boys baby.

Moreover, You can get a green tracksuit and red jumpers this Halloween. 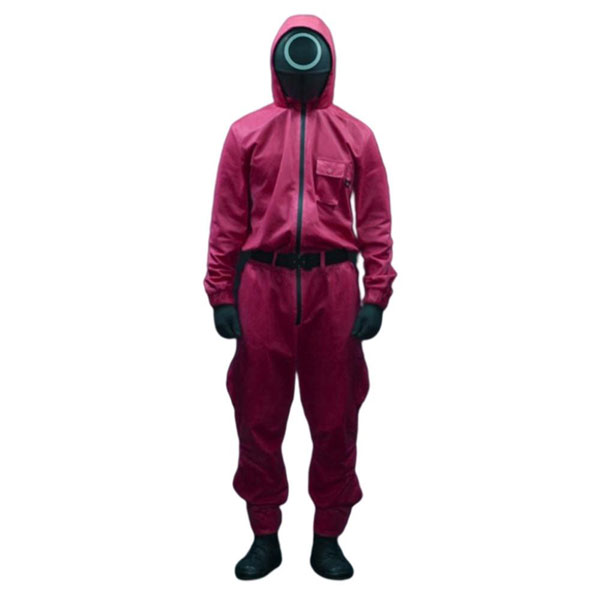 The vampire craze has been fully exploited by Hollywood filmmakers, who have produced films that captivate audiences. Vampires fascinate us because of works like Bram Stoker's Dracula, Blade, Van Helsing, and The Twilight Saga. We're drawn in by the atmosphere of foreboding darkness and enigma. Then there's the allure of the mystery, lust and charm of these nocturnal beings that draws us in.

Halloween Costumes for Vampires Those that dwell in the shadows can be found all around the world of evil. Vampires appear in countless folktales and mythology from all over the world. Their names and attributes may differ, but their hunger to feed off of the living remains constant. Vampires continue to intrigue humans even now, and it's unlikely that technology or wooden stakes will ever be able to eradicate vampires from the planet entirely. 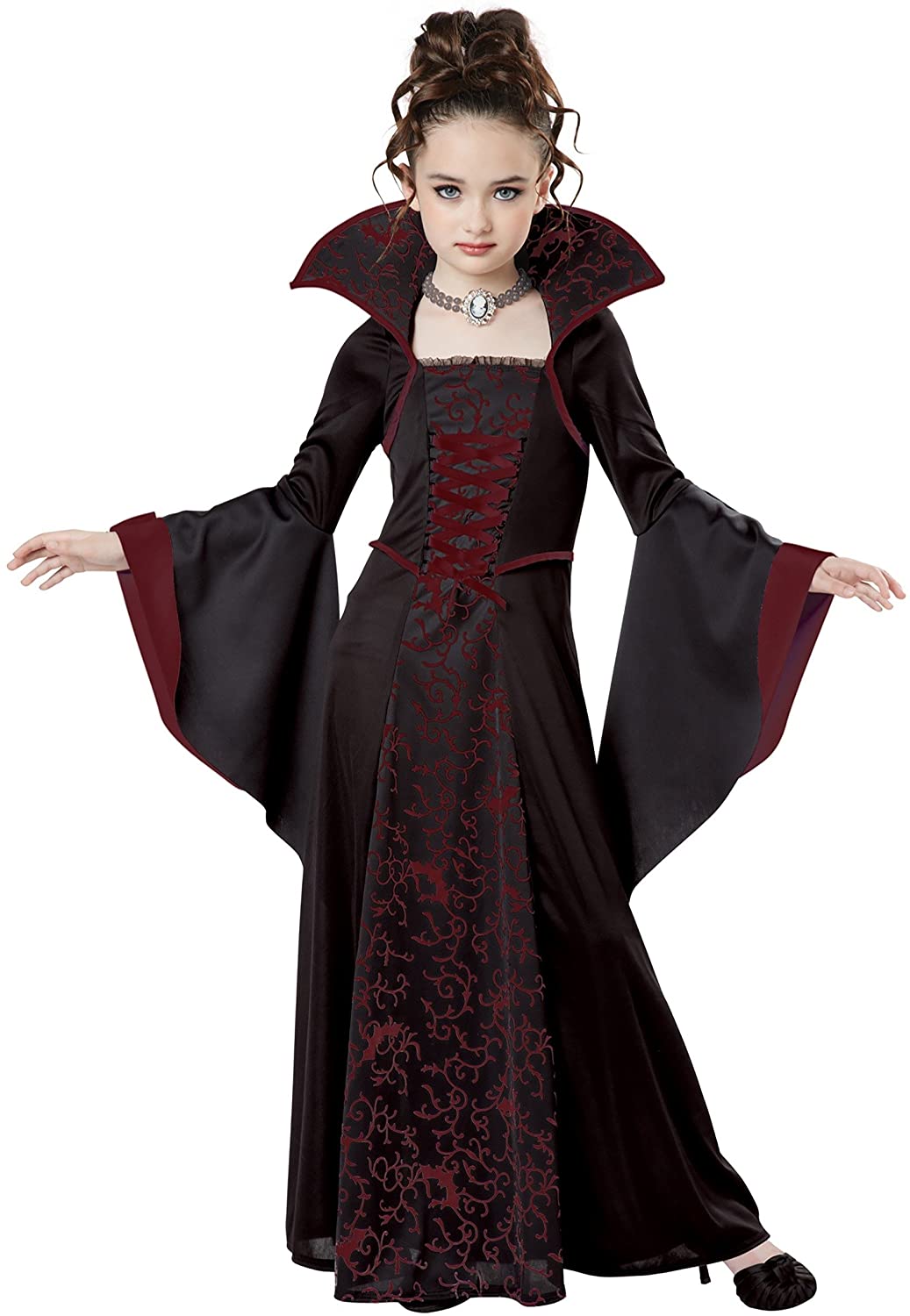 Ghost dresses are one of the easiest and simple costumes to wear on Halloween. Especially around Halloween, we can't get enough of ghosts. After all, Halloween is the best time for paranormal activity, and our ghost costumes are perfect for the occasion. That's correct. Youngsters dress up in all kinds of spooky outfits for Halloween to maintain the holiday's eerie air. For Halloween, the traditional suspects, including skeletons and zombies, would be absent from the streets. That's why we have a wide range of costumes for both adults and children to help keep the tradition alive this Halloween season! 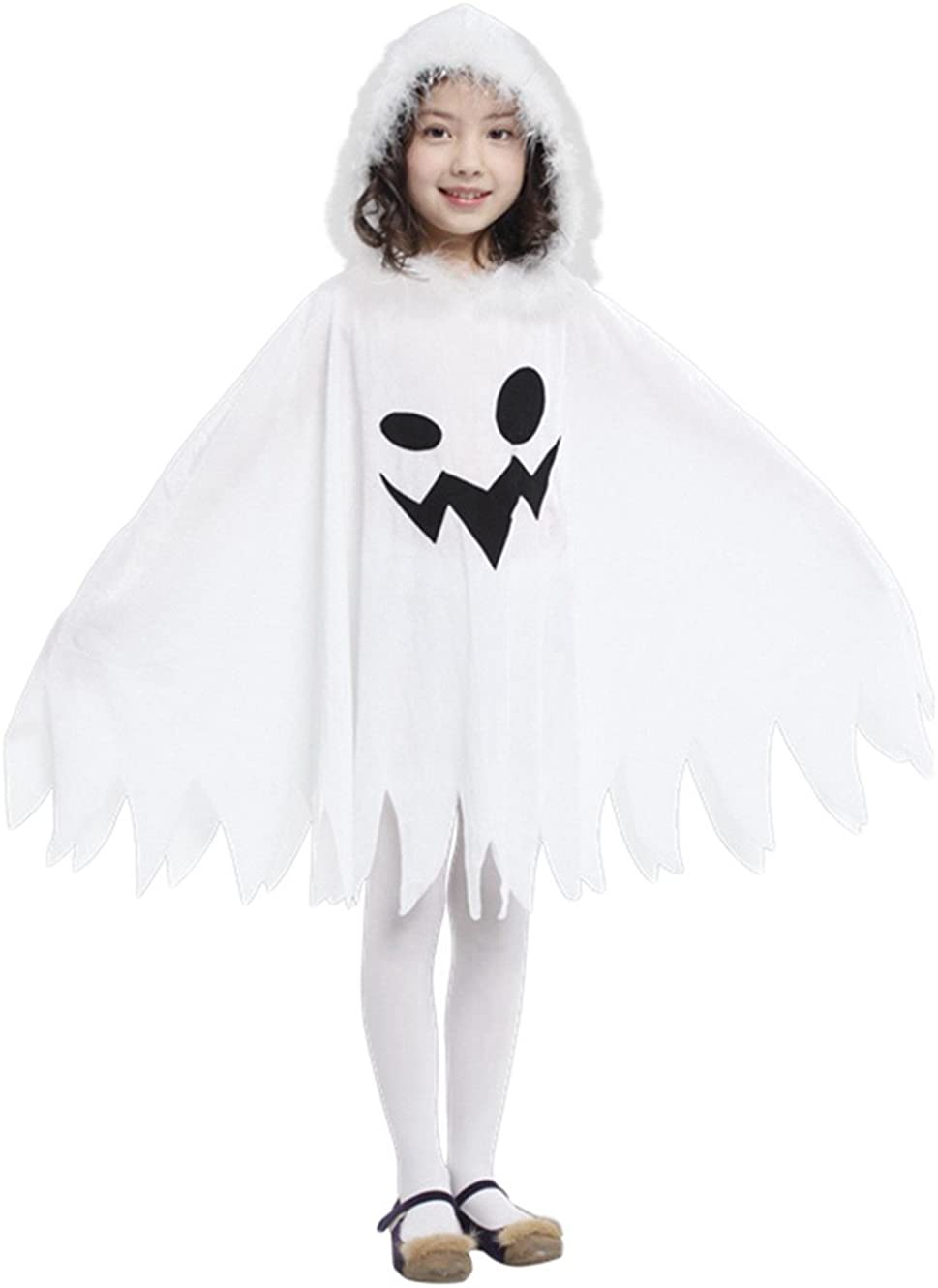 Halloween is not just for the kids that enjoy wearing spooky outfits, but for also a source of cherishing and enjoyment for teens and adult age groups too. Here we enlist some of the fantastic and trendy Halloween outfits for them: 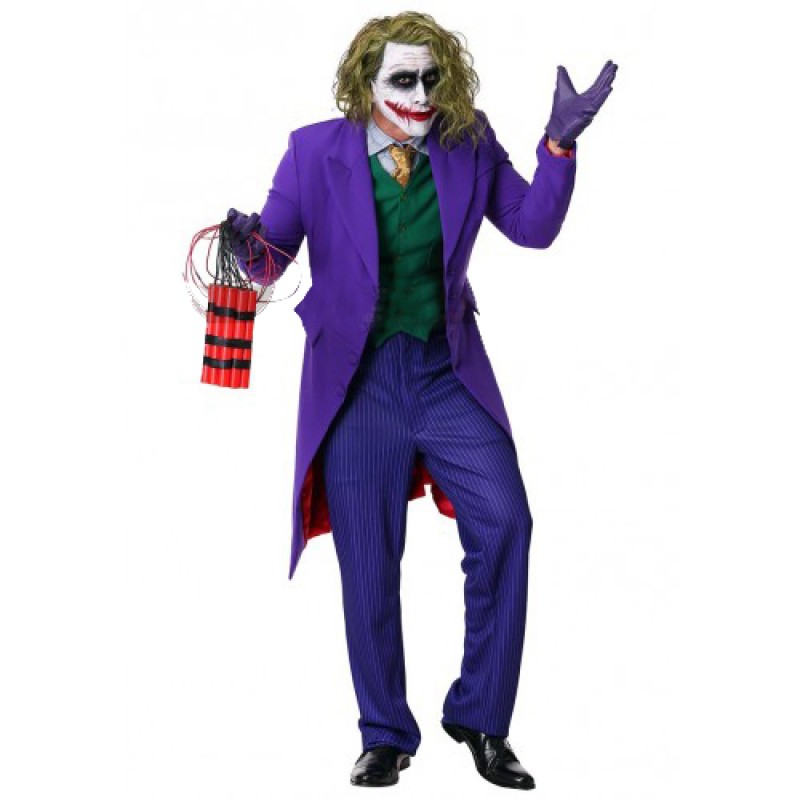 When everyone is gearing up to get spooky on Halloween eve, why toddlers should stay behind. We are enlisting some fantastic baby boys and baby girls Halloween costumes for the spooky month that many brands are offering: 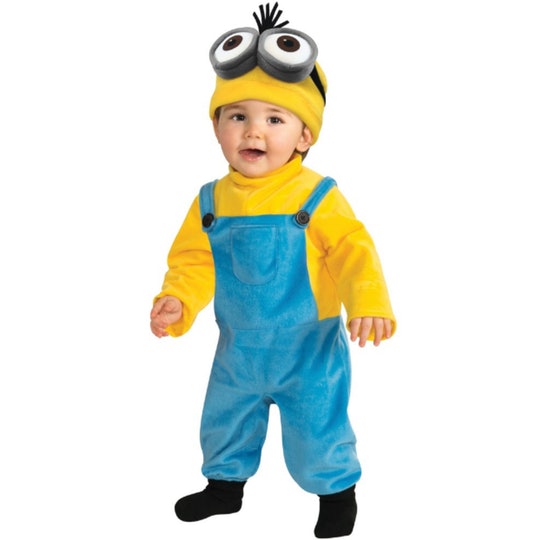 How many days until Halloween?

Halloween soon will comearound the corner, and we know you're freaking out as you haven't planned your spooky costume yet. Super Saver Mama is here to help you out. There are a plethora of excellent opportunities to save on all the things that make Halloween delightfully creepy. Check out our page to spend less while still going big with parties. You can check out discount codes and deals on these impeccable and spooky costumes and other wear accessories at these popular stores, including Ann Summers, Very, Debenhams, and Dunnes Stores.

Syeda Ayesha, a Masters in Criminology with a creative passionate sense of writing is one of our creative writers. Began from story writing for different articles towards writing stories for different web series, from a young age, now looks after the creative content of SSM and accelerating in the field of e-commerce brand website.